Ritchie de Laet has provided a timely boost for his Belgian team Royal Antwerp ahead of their Europa League round of 32 clash with Scottish Premiership giants Rangers in the coming weeks after he signed a new contract to extend his stay at the club. Ritchie de Laet is a club icon at Royal Antwerp in his native Belgium. 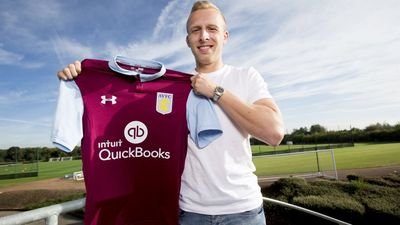 He had earlier thrown his future into serious doubts when he revealed that Royal Antwerp will have to increase their offer if he’s to stay at the club beyond the existing deal that expires in the next few months. The existing deal was expected to run out this summer but the Belgian club has moved to tie him down to an extra two years until the end of the 2022/23 campaign. The announcement of his contract extension was made some days ago via a statement from the club.

Ritchie de Laet played his first game for Royal Antwerp in 2006 and he went on to feature for clubs like Manchester United and Leicester City.

Ritchie de Laet is in his third spell at Royal Antwerp in the Belgian top flight and he has made over 70 appearances for the club in total. The fullback started his youth career at Royal Antwerp and has already reiterated his desire to finish his career at the club.

Ritchie de Laet is expected to play a prominent role when the round of 32 resumes in the Europa League in the colours of Royal Antwerp. Ritchie de Laet and Royal Antwerp have it all to do if they want to secure a spot in the last 16 of the competition as they have to see off Scottish Premiership leaders Rangers who have been in fine form under Liverpool legend Steven Gerrard. The last 32 tie is a tough one for Ritchie de Laet and his teammates.